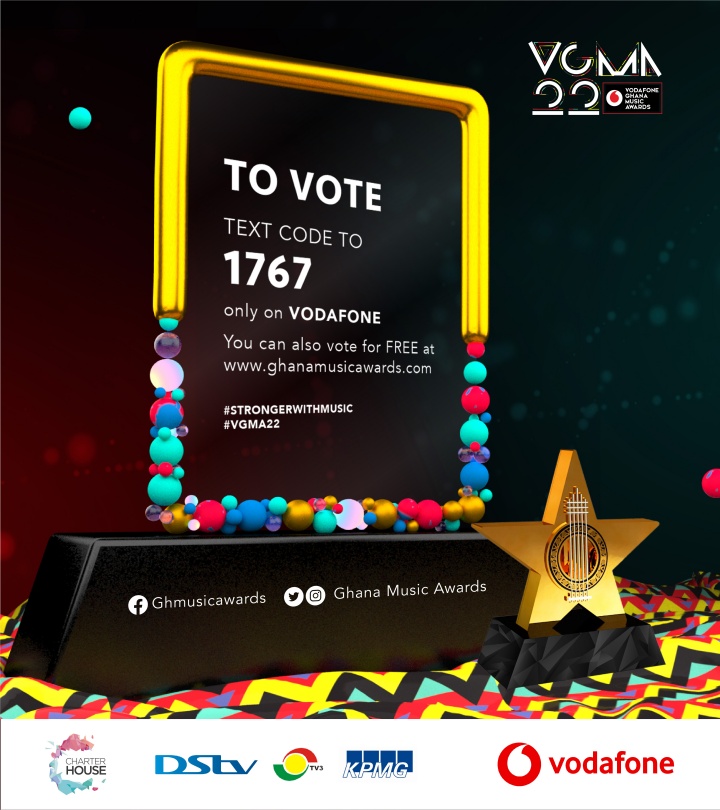 On April 3rd 2021, the big announcement of the 22nd Vodafone Ghana Music Awards Nominees was made across traditional and new media platforms. From a 1000 entries, 100 nominees made the cut in 29 categories. With each nominee seeking to be picked out as the most outstanding within their respective categories, the Big Question is ‘Who Wins What?’

The Vodafone Ghana music awards maintains a 3-tier voting system made up of the Board, the Academy and the Public. Honourary Awards are reserved for the Board, and Technical Awards are 50% split between the Board and the Academy. For the Public (Popular) Awards, the Board has 30% voting power, the Academy has 30% voting power, leaving the Public with 40% majority voting power. As it stands, the question ‘Who Wins What?’ can be heavily influenced by true fans; fans who don’t only cheer their artistes on, but fans who also vote their favourite artistes to victory.

So, are you a ‘True Fan’ or a ‘Cheer Fan’? The voting lines are open, and the following options are available:

SMS Voting on Vodafone Network Only

In the end, we cannot answer the question ‘Who Wins What?’ without asking the question ‘Did You Vote?’.  The latter can influence the former.

The 22nd Vodafone Ghana Music Awards is Charterhouse production, partnered by TV3, KPMG, DSTV and proudly brought to you by Vodafone, Together We Can!