Watch: “Don’t allow any pig to dirty you” – Nana Ampadu’s touching voice message to Sarkodie before his passing 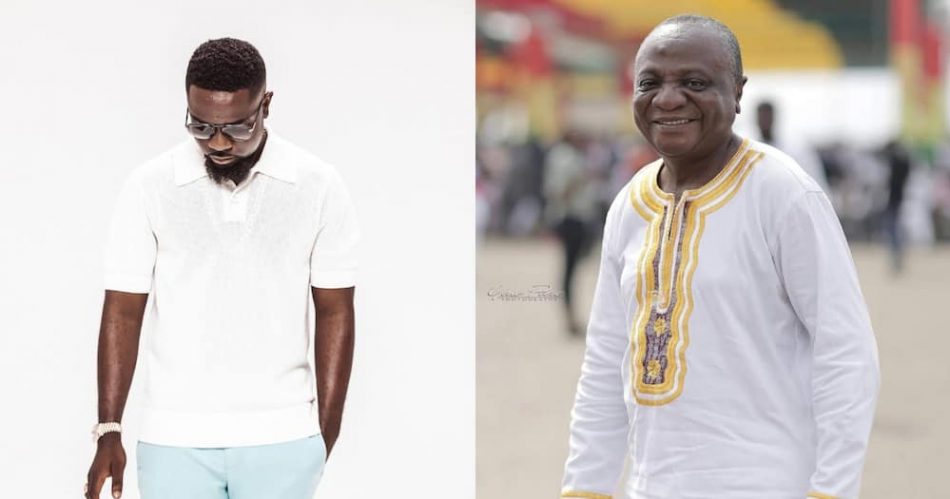 Ghanaian rapper, Sarkodie is paying tribute to the late Nana Kwame Ampadu in a special way.

The Ghanaian highlife legend was reported dead yesterday, September 28, 2021. The ‘Obra’ singer passed on at 76-year-old at the Legon Hospital in Accra where he was receiving treatment for an illness.
Sarkodie in paying tribute to him this morning posted a video of when they met some time ago to record a song together. He added a voice note and music of the late singer advising him about social media.

“Your random Voice notes are everything Daddy … Rest Well and keep watching over us #RIP #Legend “Nana Kwame Ampadu,” he captioned the post.

Nana Ampadu could be heard saying that “don’t bring things that doesn’t promote your life on social media . If even someone does something to you, don’t let social media hear if even they ask you, brush it off”.
In the audio below, he continued that “People watch things, don’t let people drag you into their mud”.

Before his death, Nana Kwame Ampadu worked with several of the new generation of artists. He supported Kumi Guitar’s first hit at Zylofon Music, titled “Dream” and even made a cameo appearance in the official music video for the song.

A few months ago, Sarkodie shared a new single he had recorded with the legend. The song is yet to be released.