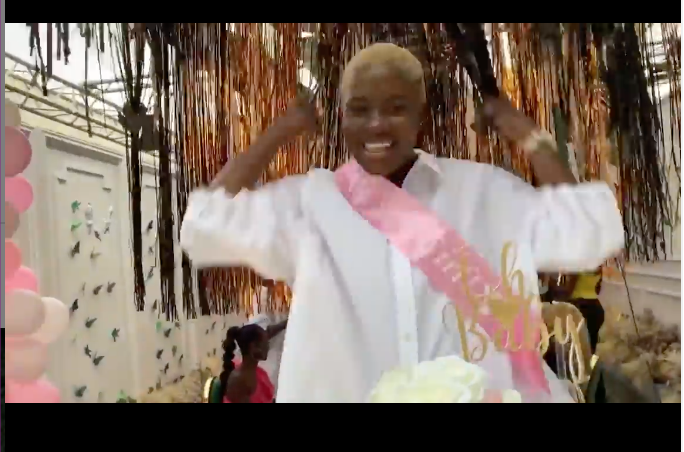 A couple of weeks ago, actress, Fella Makafui and her husband, Medikal announced to the world that were going to have a baby.

The announcement which was made in Medikal’s new single featuring King Promise confirmed all the pregnancy rumours that were going round for a while.

Today, Fella Makafui shared a very special “moment she won’t trade for anything,” a baby shower which was put together by her friends and hubby.

“Moments i won’t Trade for anything !! Thank you guys for making this day a memorable one !!! #babyshower,” she captioned a video from the event.

Medikal and Fella Makafui officially tied the knot this year in March. This will be the couple’s first child together.