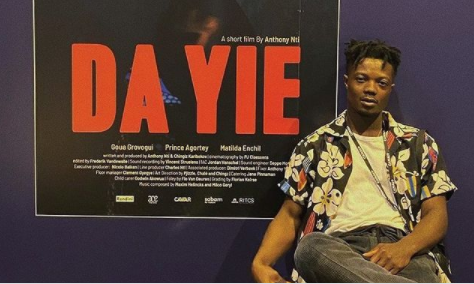 The young film producer opened up about how the short film which was his graduation project earned him international accolades.

In 2020, it won the Clermont-Ferrand International Short Film Festival and qualified for consideration for the 2021 Academy Awards.