Watch: Lil Win narrates how he was duped of 3,000 Ghana Cedis by Lotto fraudsters 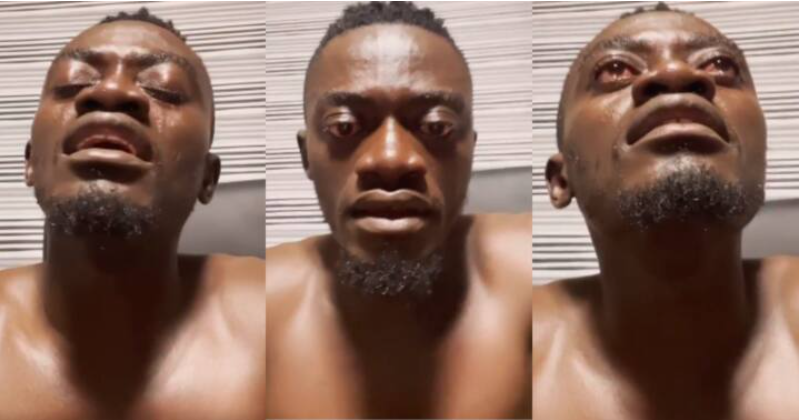 Ghanaian actor and producer, Kwadwo Nkansah known popularly as Lil Win has shared a painful story of how he fell prey to a Lotto fraudster.

Lil Win was speaking at the Stakeholder Engagement with the Director-General of the National Lottery Authority, Mr. Samuel Awuku. The engagement happened on Tuesday, 28th September 2021 at the Alisa Hotel, Ridge.

Narrating his ordeal in Twi, the ‘COCOA SEASON’ actor and producer said:

“I have been duped 3,000gh before. I once received a call from a fraudster who claimed he had leaked numbers from NLA. I got convinced and wanted to stake about 10,000gh to get higher returns to start my school building and buy some taxis to work for me. I was told 2-sure was 3,000gh and 3-direct was 1,500gh so opted for the bigger amount and withdrew money to pay the person. He told me to wait for the numbers and the numbers never came.”

He however urged the National Lottery Authority to put proper measures in place to curb the menace of lottery fraud.