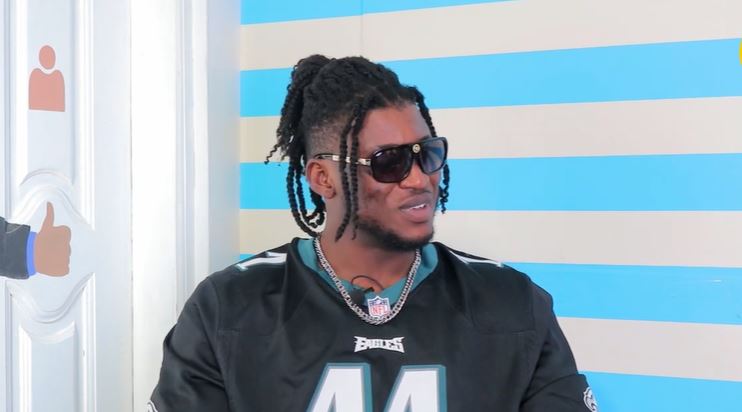 Musician Gambo has opened up about his relationship with actress Moesha Buduong.

Speaking in an interview on AmeyawTV, the rapper revealed Moesha is his sister, debunking any rumors of their romantic affair.

According to him, the actress has been very supportive ever since he emerged into the music scene.

“Moesha is my spiritual sister now”  he said.

Gambo further disclosed that he was present at the church where Moesha recently surrendered to christ and shared a touching testimony.

“I think she’s had an encounter with God and she’s now seen her full potential what she can actually do..she’s actually had an impact in my life one time i went to see her we where talking and she prayed for me and said things are about to change for me like ive been seeing her she’s been calling me all the time advising me and calming me down and everything since then things have been going well”

In a now viral video, the actress was captured on the altar giving a powerful testimony.