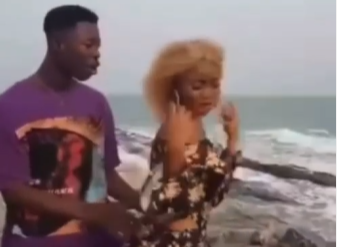 Weeks ago, a behind the scene footage from a music video shoot went viral because the video vixen left the set after accusing the musician of inappropriately fondling her. The musician has now told his side of the story.

The musician in question, Sparrow Biom in an exclusive audio shared to Ameyaw TV, revealed that he was to the police by the video vixen and had to visit the police station on four occasions to settle the matter.

Watch the video to hear Sparrow Biom’s side of the story.

I will not be part of the VGMA – Patapaa