Watch: Stonebwoy and Samini reunite and performs on the BHIM Concert stage 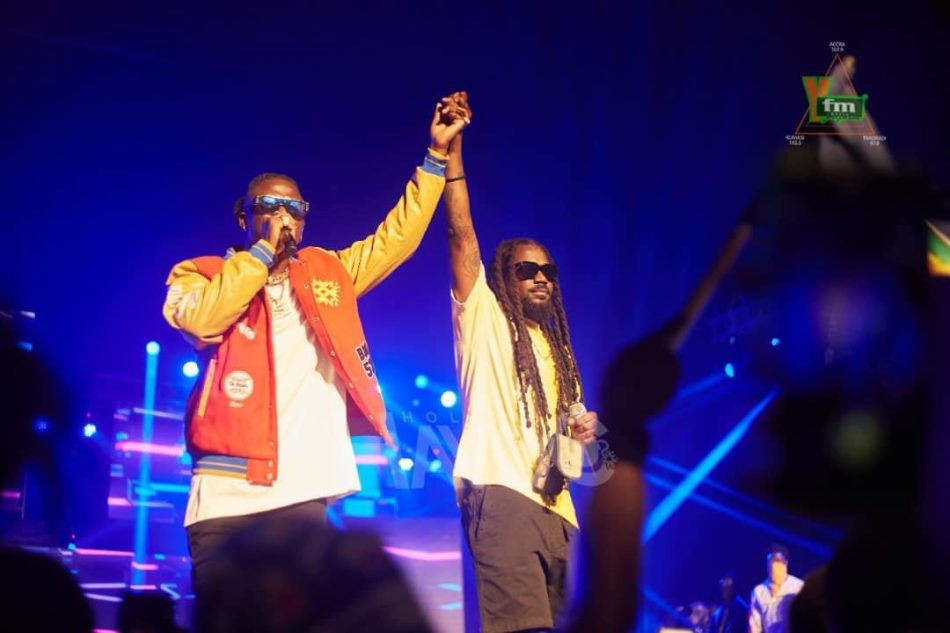 All is settled between The Godfather and son as Samini surprisingly joined Stonebwoy and Beenie Man on the BHIM Concert stage last night.
Earlier this year, Stonebwoy and Samini had some kind of a fallout after the latter in an interview suggested that the former has not appreciated him enough despite all the things he has done to make him in the early stages of his career.

Those remarks of Samini struck a nerve of Stonebwoy and led to a social media banter with shady tweets.
However, during Stonebwoy’s Bhim Concert last night, Samini stormed the stage as the surprise artiste and put up an electrifying performance with Stonebwoy.