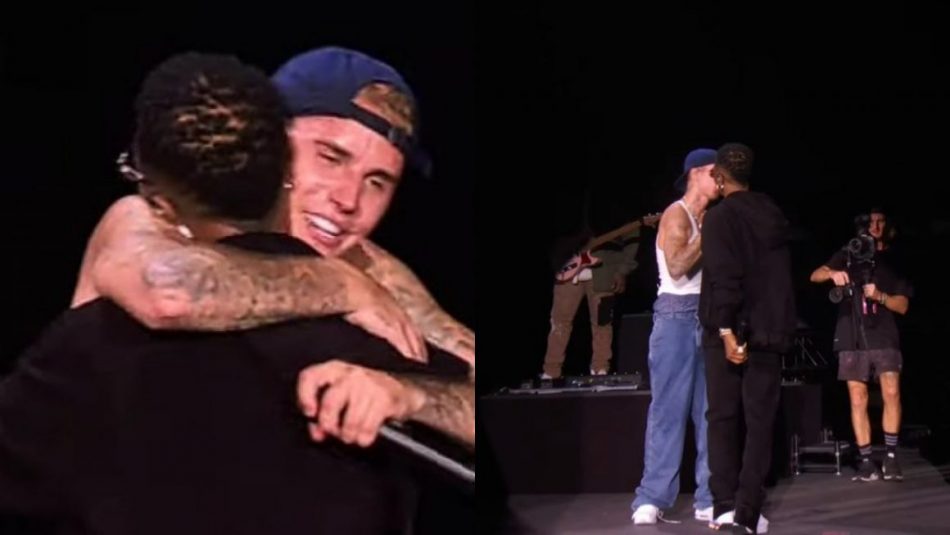 Afrobeats star, Wizkid, joined Justin Bieber on stage during the Made in America music festival to perform the ‘song of the summer’ Essence.

Beiber collaborated on the song’s remix which originally featured singer, Tems. The duo performed the song on stage together for the first time in Philadelphia.

Ever since the release of the song which is a track on Wizkid’s Made In Lagos album in October 2020, it has become a favourite among music lovers.

More-so the song has been breaking records and topping charts, especially on the Billboard Hot 100 chart.

‘Essence’ recently became the most Shazamed  song in the US and also the number 1 on the US Urban Radio chart.

Wizkid and Justin Bieber performing “Essence (remix)” at Sunday’s Made In America Festival in Philadelphia, USA.