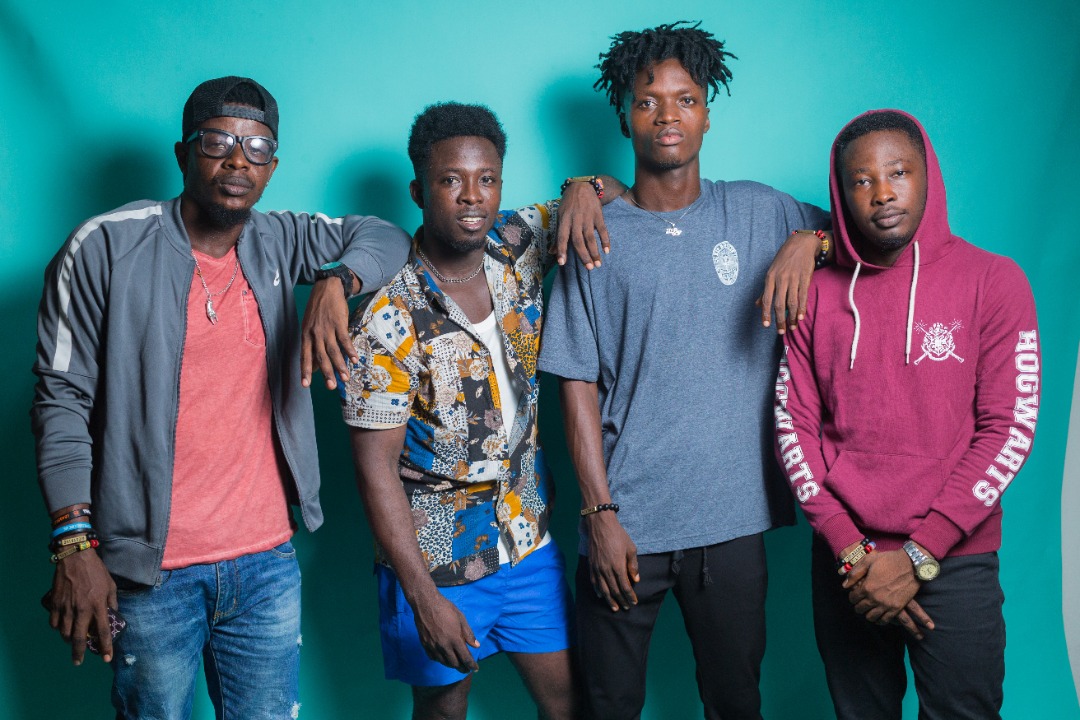 Ghana’s music industry has in the past produced great music groups like VIP.BUKBAK, 4X4, 5FIVE, FBS, Sass Squad, TC-CLICK , TH4KWAGES and many others, which are currently not very active.

Although it has been proven over the years that being in a music group comes with a lot of challenges, a new group is invading the space with brand new sound. The group is made up of four people following the legacy of talents from the western region, as they say, ‘the best comes from the west’.

Westside Gang is made up of Evidence, Minister, Captain Blaces and Trigger.  They are from Takoradi, the Oil City, and are signed under the label TC-Clique Music.

After the successful release of its first hit song, ‘Chill and Pop’, the group is currently gearing up to hit the scene with a road to Christmas banger and it will surely blow your mind.